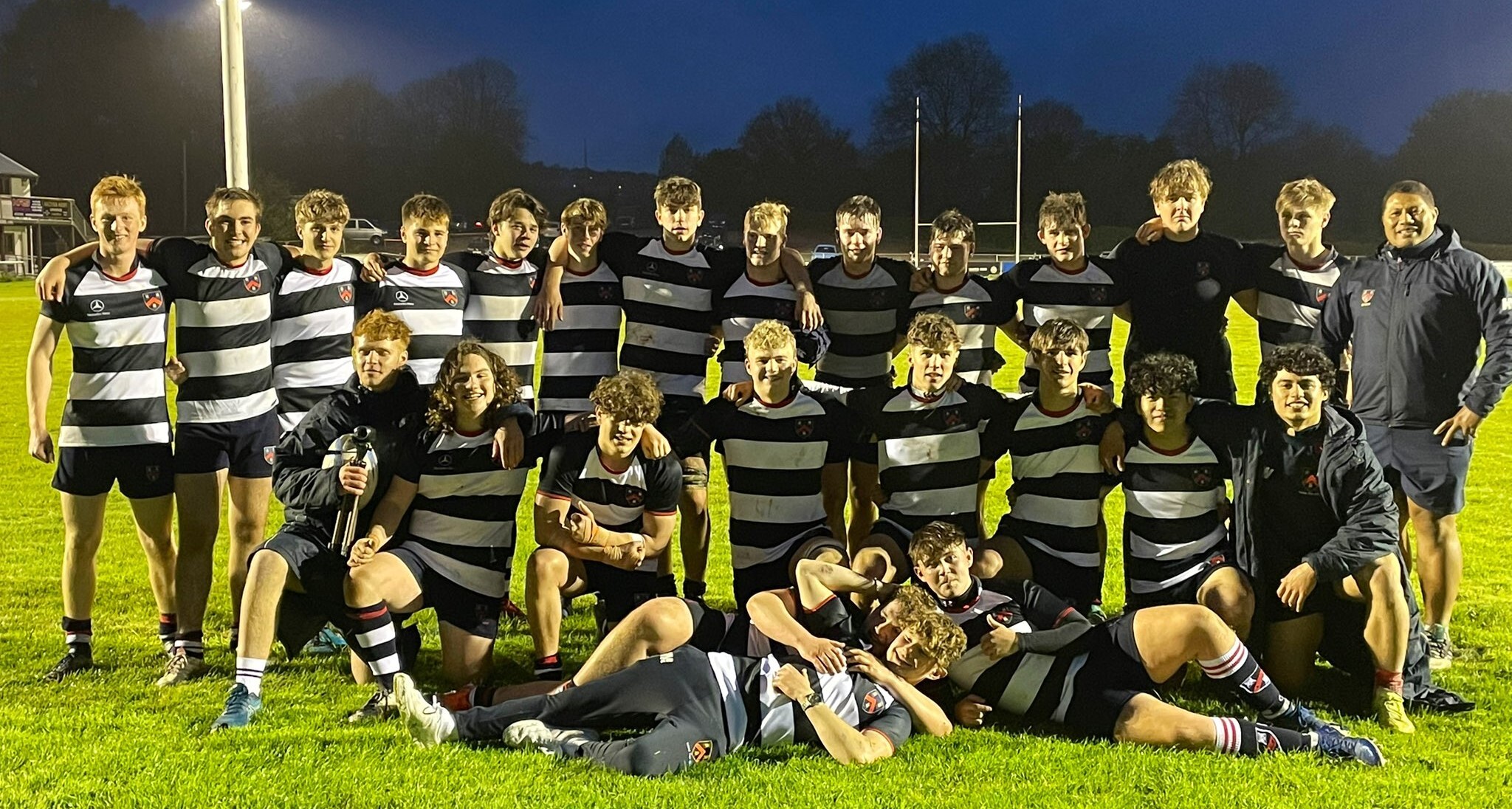 At last, the Year 13s had the chance to play their first, and sadly, final game of their school year on Friday 14 May and what a swan song it turned out to be.

It was undoubtedly a very tough encounter and both teams put in some big tackles, with every opportunity to score from both sides. An early injury in the second quarter meant a long delay in play, and eventually the decision was made to relocate the team to the 2nd team pitch to resume the game for the remaining three quarters. Mount Kelly scored early in the fourth quarter, with a runaway try from Ben C. A stunning 45 drop goal from Joe W and a penalty finished off the match with a hard fought 0-11 victory to Mount Kelly.

Well done to those Year 11s who made their 1st XV debuts and thank you to Launceston RFC for hosting the fixture, to their coach, and to the colts for putting up a tremendous battle.