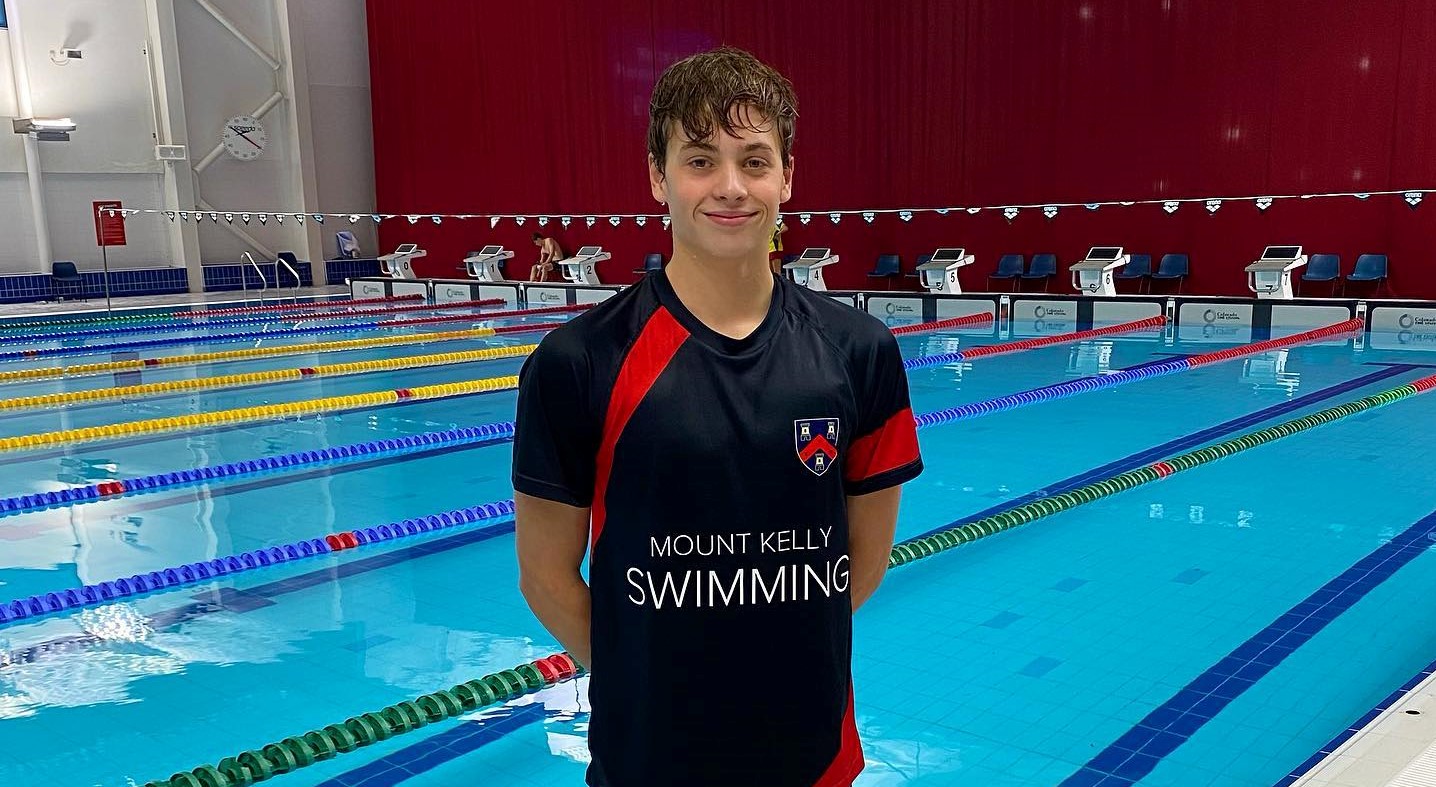 120 Mount Kelly swimmers in the performance pathway took part in their first weekend competition of the new season at the Life Centre in Plymouth; the Lindsay Powell Memorial Meet hosted by Exeter Swimming Club.

With all the regular clubs from around Devon in attendance is was a familiar setting, but one we haven’t experienced for over 18 months. It was clear early on that the swimmers were relishing being back in the competitive arena as the racing was of a high quality. Every swimmer made progress across the weekend and showed that their last year and a half of dedication to their sport has been rewarded.

The 200m Freestyle for both boys and girls was the standout race across the weekend, with 10 boys breaking the 2 minute barrier and two of them – Calvin and Jacob – breaking the illustrious 1 minute 50 second barrier. Not to be outdone, the girls also had 10 swimmers break the impressive 2 minute 10 second barrier in the same race, with Erin being the first female Mount Kelly swimmer to go under 2 minutes with a time of 1:59.72.

With such high calibre racing on show, it was inevitable that Mount Kelly records were going to fall and we were not disappointed. Age group record breakers from the weekend were: Erin (2), Laura (2), Megan (2), Abduljabar (2), Fergus (2), Brydan, Matthew (4) and Jacob. Erin was also able to set new Mount Kelly Open Records in the 100m and 200m Freestyle events, as well as Matthew in the 100m Backstroke en route to a Scottish National age group record.

A successful weekend has put spirits high as we now enter a busy racing period for our swimmers. Next stop is South West Short Course Championships at the end of half term.