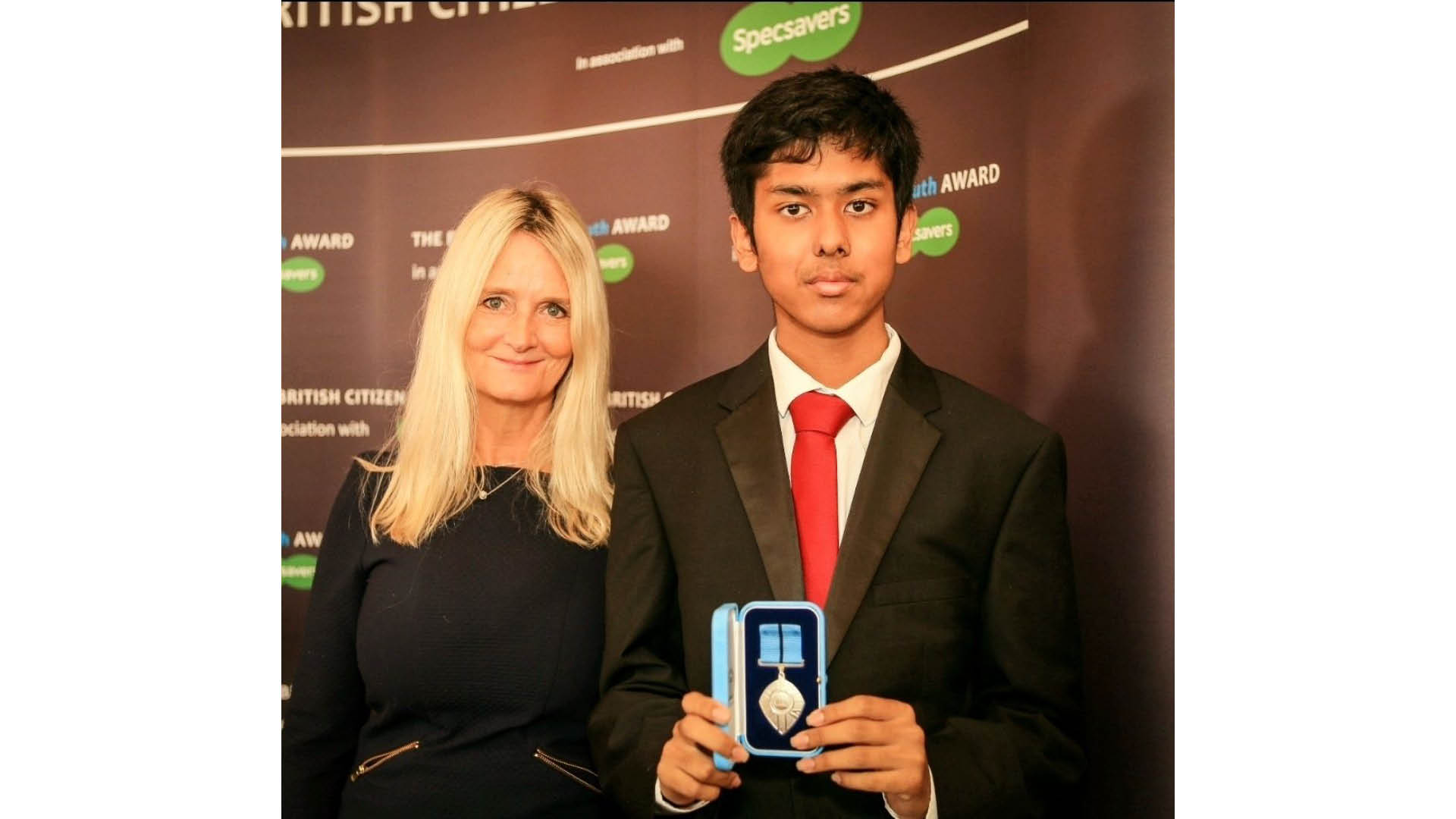 The British Citizen Youth Award recognises young people who make a significant impact on society, their community, charity or other good cause and inspire other youngsters to emulate their good work.

Samir was nominated by Omar Deria the Headteacher of his previous School, The Cumberland Community School, Newham, London.

For the last five years Samir Mazumder has demonstrated that socio-economic and cultural barriers cannot stop him from serving his community and having an impact in his school and local community. Samir has a passion for fundraising and has organised events raising over £9,000 for charities in the UK and Africa. Two years ago, he organised a sale in his school of cosmetic products and baked snacks made by students, raising over £1,000 for the African Educational Trust in Uganda. In a recent fundraiser he raised over £400 for Comic Relief.

In addition to fundraising, Samir always ensures his voice represents all young people from his deprived area in East London. Despite coming from a disadvantaged background, he has always embraced this with pride. He was selected as Head boy in his school due to his ability to work with peers and voice issues, which helped him lead a successful year at school, to produce a Wellbeing Newsletter and he created an elaborately planned Wellbeing Week.

Over the years Samir has volunteered with multiple organisations in London, all who strive to make a difference for young people in the most deprived parts of London, which led him to be recognised by the Mayor of London, and the Mayor of his borough.

Samir goes to remarkable lengths to be a shining example to his school, community and colleagues and proves that anything is achievable.