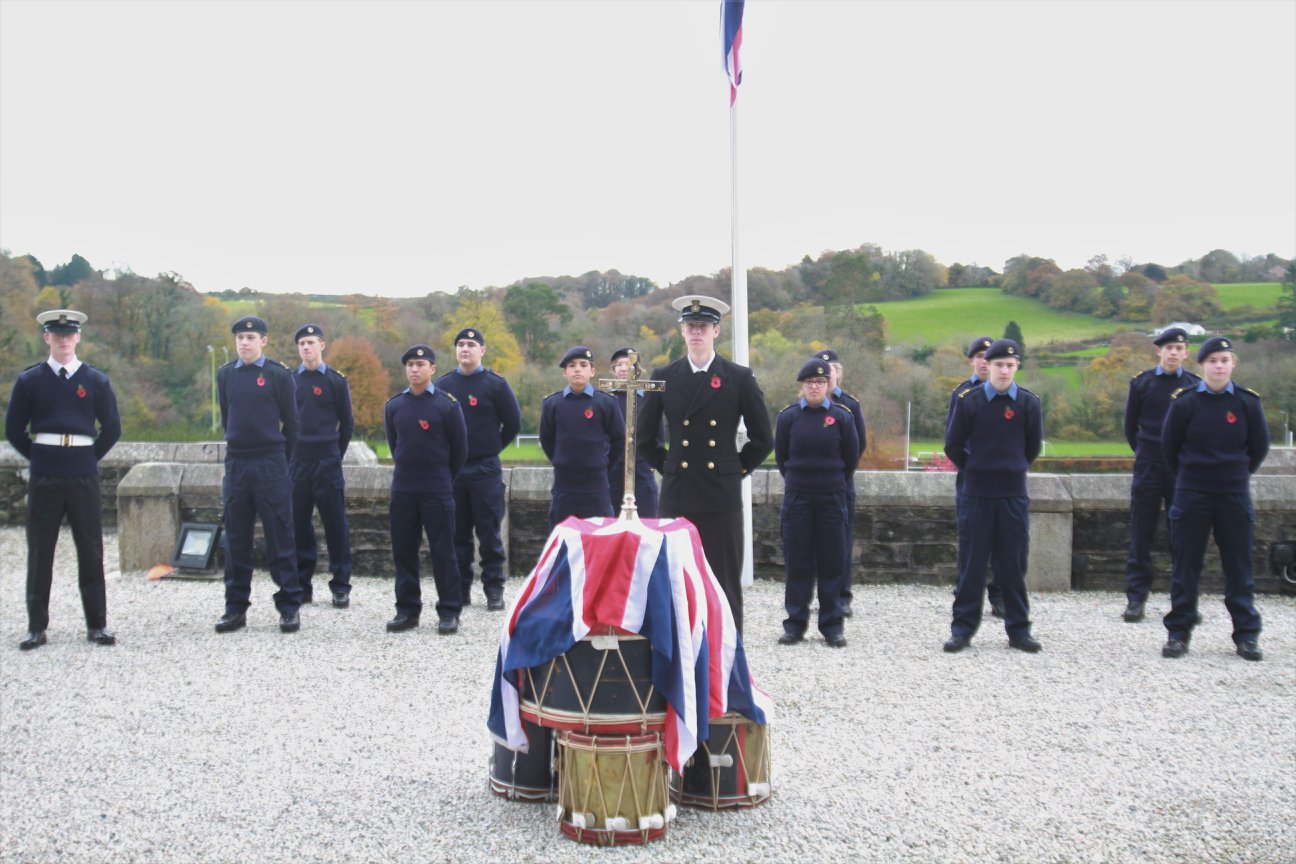 The School marked Remembrance with a series of events over the past week.

Remembrance Day itself was marked with the traditional Act of Remembrance at the Prep on Thursday and has also been the focus for chapel services and tutorial discussions across the school.

Saturday evening saw the very welcome return of our now-traditional Remembrance Concert in St Eustachius, which included Mount Kelly’s finest musicians and singers performing alongside the Stannary Brass Band and musicians and choirs from St Joseph’s School in Launceston. The evening was an opportunity for the large audience not only to enjoy some wonderful music, but also to reflect on the meaning of Remembrance.

The Remembrance Service and Act of Remembrance held at the College on Sunday 14 November was, as always, a poignant occasion. Major Simon Reed (Rifles) gave a moving address, reflecting on his own experience of conflict in Iraq and Afghanistan, whilst on the Parade Ground wreaths were laid by the Chair of Governors, the Head Master, and Andy Jameson, representing the Old Mount Kelleians. This year, one former pupil who was killed in combat was selected to stand for all, and Sophie Main read the biography of Captain Alex Anderson, who attended Kelly College from 1898 to 1903, and who lost his life on the Western Front in 1914.

More photographs can be found on Facebook: College and Prep