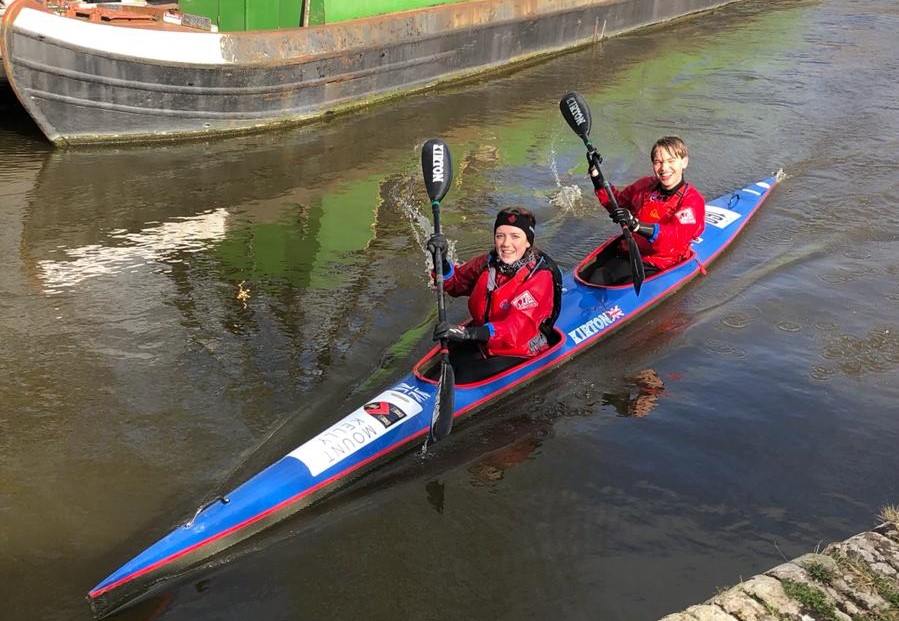 Our DW squad headed back to Wiltshire at the weekend to train on the Kennet and Avon Canal. Arriving at lunchtime on Saturday, they immediately set out on a 20-mile paddle from Great Bedwyn through to Devizes. Conditions on the water were good and with the wind behind them they all made great progress pushing over the Crofton Flight, through the canal tunnel and on to the uninterrupted stretch to Devizes.

As the temperature dropped conditions became harder but the teams dug deep to complete the paddle. The crews overnighted again in The Barge Inn at Honey Street which has becoming a welcoming home for Mount Kelly paddlers.

An early morning wake up on Sunday brought with it a fantastic breakfast of a sausage, bacon and egg roll washed down with porridge, and our crews were soon back on the water paddling in the cold of the morning. 15 miles later, they arrived in Devizes.

All crews displayed tremendous determination in improving aspects of their technique and worked well together to get themselves through the highs and lows that marathon paddling brings. Everything is looking good for the Waterside C race next weekend.