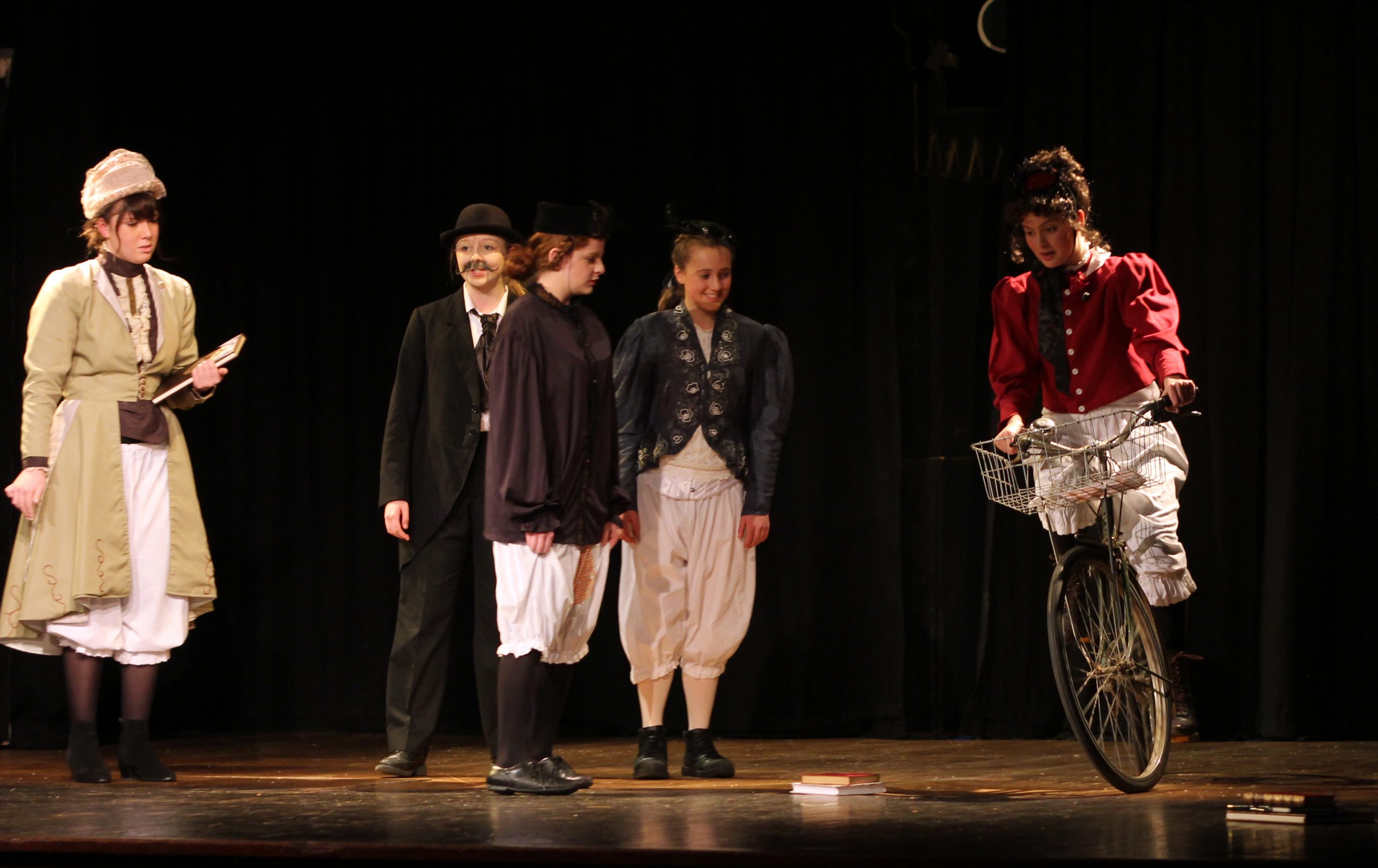 Having been postponed by COVID, the main College production of the year, Blue Stockings, was at last brought to the stage this week, with a very young cast giving a stellar performance. The play tells the story of a small group of young women at Girton College, Cambridge, in 1896, and their campaign to overturn the university’s ruling that though they may study, women may not graduate. Faced with the institutionalised misogyny of the university, and the ridicule of their male peers, their campaign was a central moment in the campaign for equal rights.

Grace and Will took the leads with tremendous assurance and perfect timing, and were supported by a similarly talented and committed cast. Alfred was alarmingly convincing as the misogynist old professor, whilst Zac put in a memorable performance as an effortlessly entitled and snarlingly unpleasant young male undergraduate. Honey-Rose dominated the stage as the worldly sophisticate, Holly emanated earnest endeavour, and Samara perfectly captured the conflicted emotions of the working-class scholarship girl.

This was the first dramatic production at the College since lockdown two years ago, and it was both a pleasure and privilege to see the stage alive once more. As a member of the audience was overheard saying as she left Big School, “I had no idea how much I’d missed the school play, until it came back”.

We are already looking forward to seeing many of the cast members appear again, in The Merchant of Venice, which will be performed in the Tavistock Guildhall in the final week of the Summer Term as the centrepiece of the Shakespeare Festival.