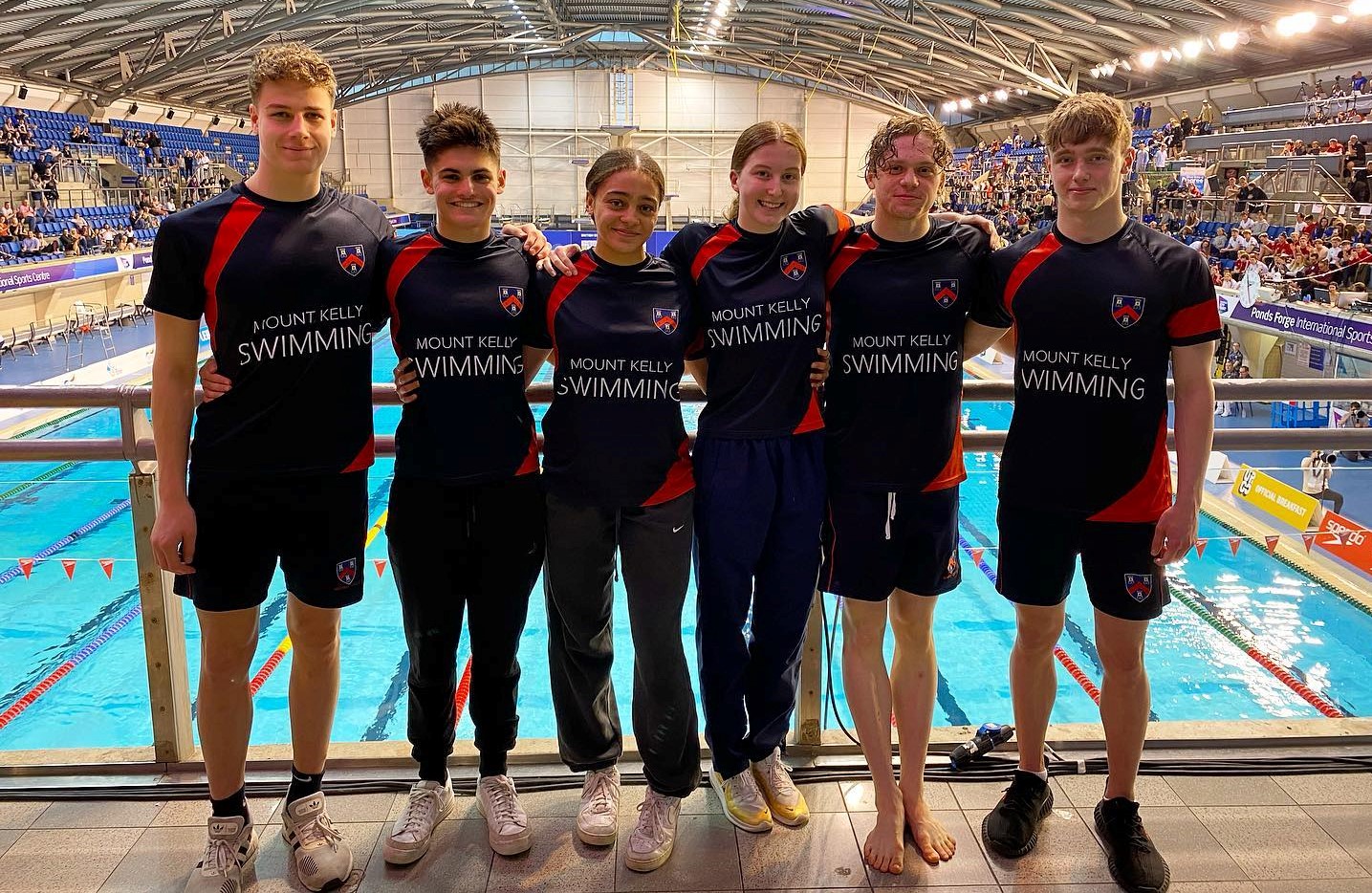 Instead of winding down over the Easter holidays, Mount Kelly swimmers ramped up to their biggest competitions of the season so far.

In Sheffield, our swimmers enjoyed the most successful British Championships in Mount Kelly’s history. With 68 athletes meeting the qualifying times, 58 travelled to Yorkshire to compete across 6 days of action against the best in the country. It was an outstanding week of racing from our athletes, who handled themselves professionally, having diligently prepared for their racing. The week’s highlights included:

Elsewhere around the Home Nations, a small but mighty team was present at both the Welsh Championships in Swansea and the Irish Open Championships in Dublin. The five swimmers in Swansea came away with 12 medals and 25 personal bests and the six in Ireland packed a similar punch making 21 finals. Congratulations go to Sophie, Katie, Anthony, Brianna and Sian who competed in Swansea and Brydan, Shannon, Nemone, Nevaeh, Grace and Breanna who competed in Dublin.

Further afield, Hazal raced at Turkish Nationals where she took home the title in the 50 Breaststroke, 100 Breaststroke and 200 Individual Medley. Hazal narrowly missed out by 0.02 seconds on breaking a 30-year-old school record in the 200 individual medley, held by Sharron Davies.

At the first weekend of the South West Age Group Regional Championships held at Millfield School, Mount Kelly’s junior athletes came away with a record number of medals at these age group regionals: 11 Golds, 10 Silvers, 9 Bronzes and 50 top 8 placings. The next age group weekend will be held in Bristol on the 7th and 8th of May.

Across the Atlantic, Sam represented his home nation of Bermuda at the CARIFTA games in Barbados. It was a great meet for Sam, resulting in 5 medals, including the Gold in the 200 Breaststroke and 400 Individual Medley.

Our two Italian male Year 12 swimmers, Riccardo and Luca, competed at the Italian Winter short course championships where they came away with a 100% personal best success rate in their races.

More photographs of all of these events can be found on the Mount Kelly swimming page.