Shakespeare in a Week 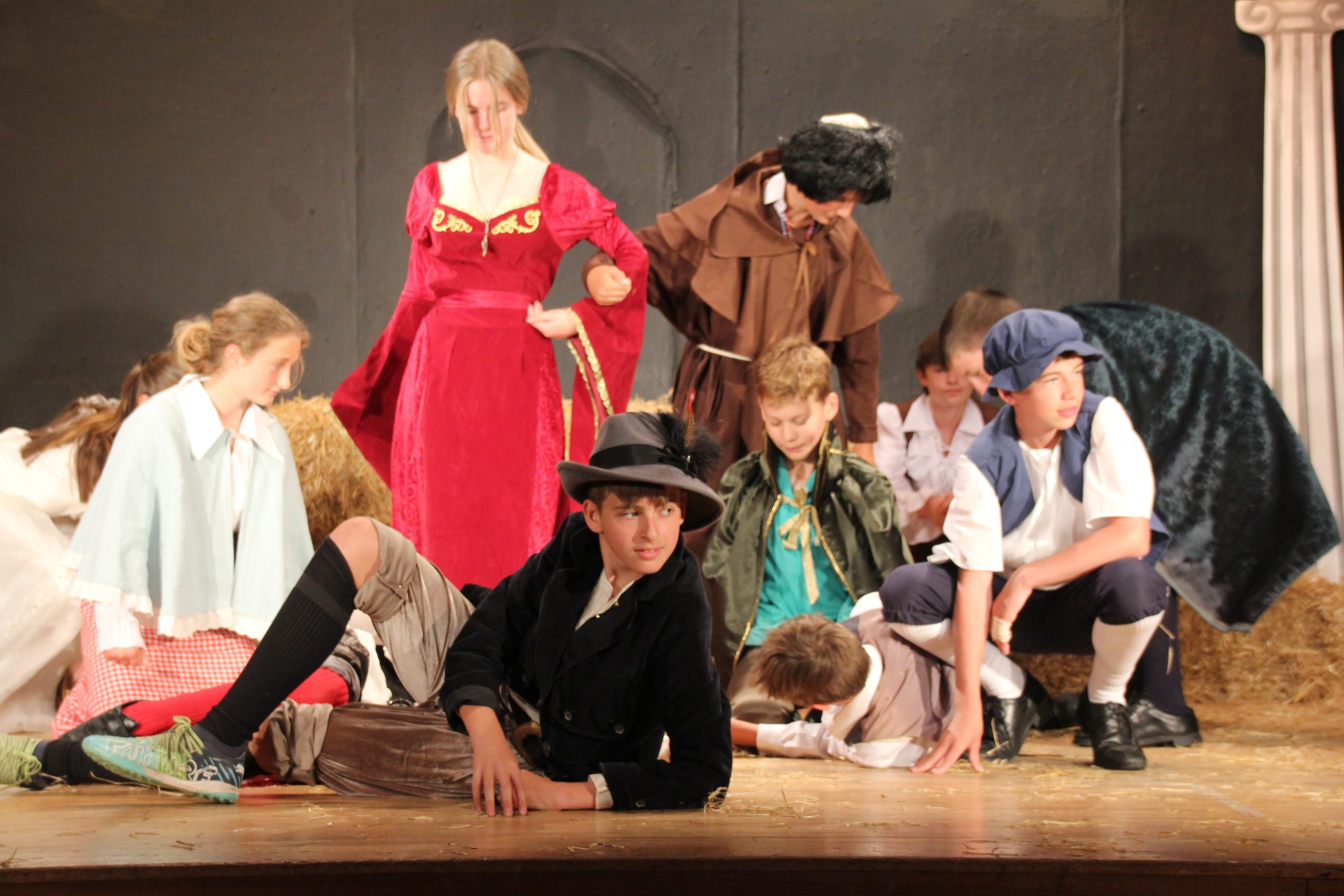 On Friday 24 June, we were treated to the premier of The Complete Life and Works of William Shakespeare… Abridged by Year 8.

With Shakespeare’s life split into three parts, each Year 8 class told a part of his story, with a stand-alone play in each section; Romeo and Juliet, Hamlet and Macbeth. It was an ambitious task to undertake in such a short space of time, but the pupils rose to the challenge superbly and told the stories with passion, joy and humour.

Every pupil in the Year group was involved, and special mention must go to the lighting and sound designers who carried the whole production. There were so many stand-out moments on the evening, from Tybalt’s untimely death, sonnets in French and Ukrainian, bodies dragged offstage, witches dancing and enormous tree branches pushed through the audience to signify Burnham Wood arriving at Dunsinane.

We hope the memories they created during this project and when performing together will be long-lasting; they should be so proud of all they achieved.