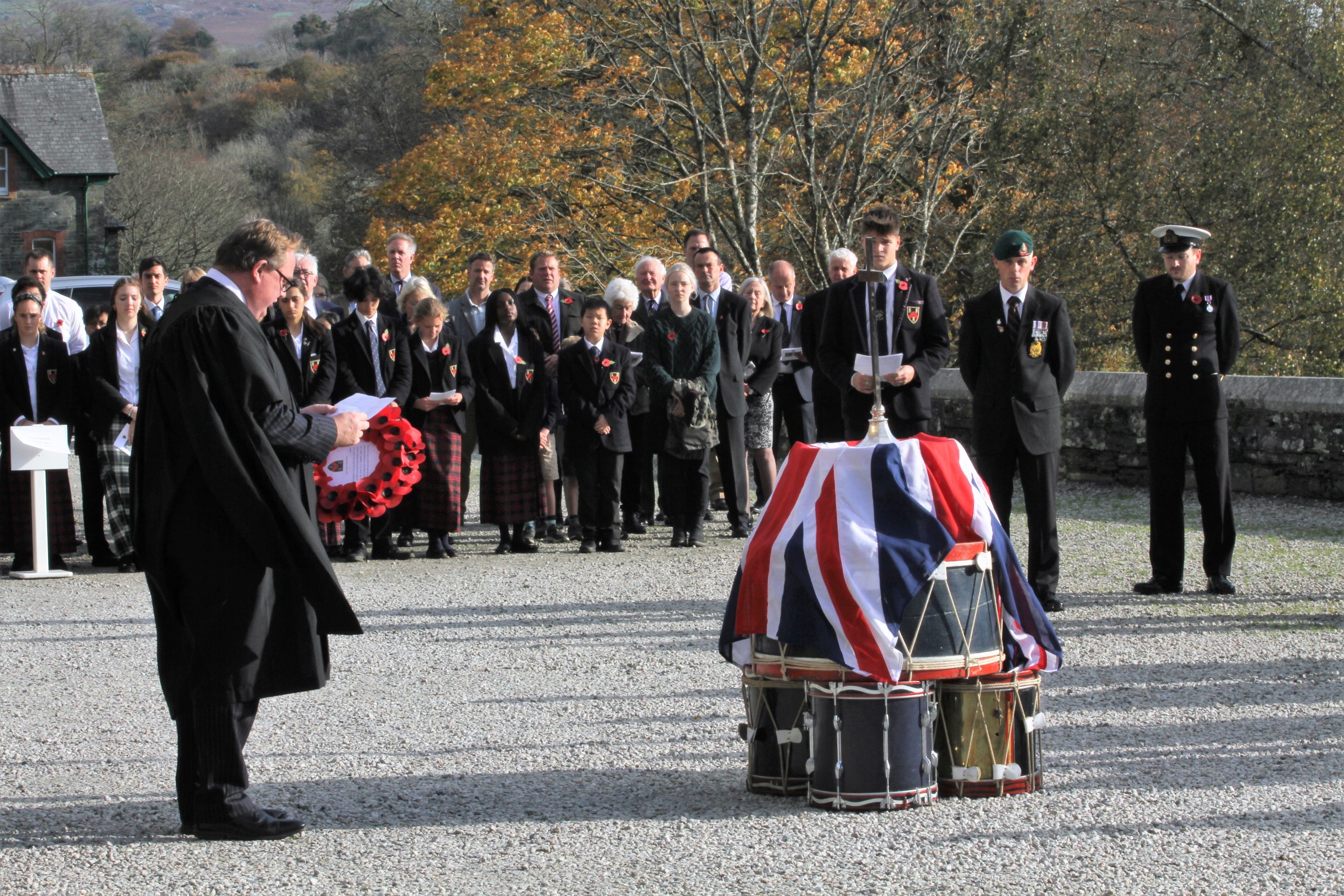 This year’s Service and Act of Remembrance, held at the College, was once again a poignant opportunity to reflect on the sacrifice and impact of war. The highlight of the service was an address by Danny Claricoates MC, a former Royal Marine and good friend of the school, who prompted us to think deeply on the meaning of Remembrance in the modern world, and who brought to mind close friends who failed to return from Afghanistan. The College Choir sang beautifully, and the growing College Band performed the National Anthem during the Act of Remembrance, which took place on the Parade Ground in warm autumn sunshine. Wreaths were laid by Mrs Kerstin Lewis, the Vice-Chair of Governors, the Head Master, and Mr David Lonsdale (Kelly College, 1975 to 1981), on behalf of the Old Mount Kelleians, while Barney Reid read the biography of Captain Hubert Burrington Thornhill (Kelly College, 1908-1912), who lost his life in the Mesopotamian Campaign in 1919.

An Act of Remembrance also took place at the Prep on Friday morning. Pupils in Year 8 read the Roll of Honour, and the Last Post and Reveille were sounded by Finley.

After the signing of the Armistice on 11 November 1918, boys and staff from Mount House returned to the school and built a colossal bonfire to mark the start of peace after the First World War. Having cancelled bonfire night this week, Remembrance Day was a poignant opportunity to reflect on the Armistice. The youngest pupil in the Prep lit the bonfire at 16:00 with pupils and staff present.