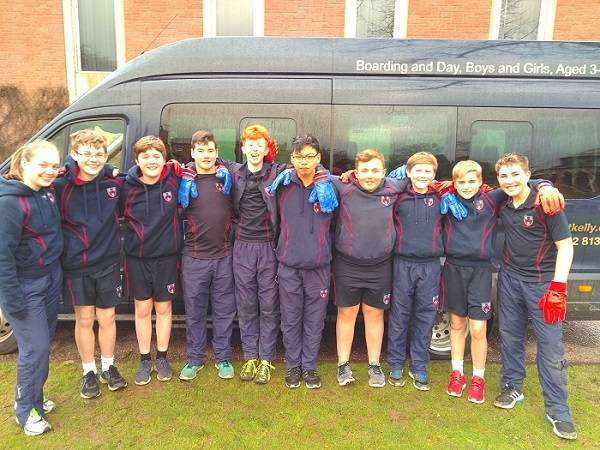 Mount Kelly played its first competitive Fives fixture for many years when eight Year 9 pupils, accompanied by two Monitors and Mr Reid, travelled to Blundell's for a three-way competition against Blundell's and Sherborne on Saturday 4th March.

Though all relatively new to the game, the boys acquitted themselves very well, coming second in the singles and winning the doubles tournament. It was a very happy afternoon's fives which, it is hoped, will be the first of man more fives matches in the months and years to come as the sport grows in popularity at Mount Kelly.